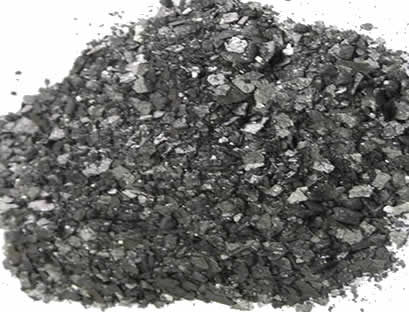 What is Flake Graphite?

What is flake graphite used for

The price of flake graphite varies according to carbon content and quality, generally between $500- $3000 / ton.

The shape, size and distribution of graphite in gray cast iron are divided into six types: A, B, C, D, E, and F.
• Type A (flaky) graphite: It is the most common form of graphite found in hypoeutectic gray cast iron when the degree of undercooling is not too high. Cast iron with this kind of graphite has better performance.
• Type B (chrysanthemum-shaped) graphite, it often appears in hypoeutectic cast iron with high carbon and silicon content, high degree of supercooling, and close to eutectic composition. Due to the high degree of undercooling of the cast iron, the fine eutectic graphite formed at the beginning grows faster and in a radial shape, and then the growth slows down due to the emission of latent heat of crystallization, and the flake graphite appears, resulting in the formation of a chrysanthemum shape. At this time, due to the distribution of graphite aggregation, the performance of cast iron is reduced.
• Type C (block flake) graphite: It often appears in hypereutectic cast iron due to its low degree of undercooling. As in thick cast iron, it is composed of primary graphite and eutectic graphite. The nascent graphite flakes produced first are thick and often contact each other, which deteriorates the mechanical properties of the castings.
• Type D (dendrite dots) graphite: It often appears in hypoeutectic cast iron with low carbon and silicon content. Because it is a product with a large degree of supercooling, it is also called supercooled graphite. When this kind of casting is crystallized, dendritic austenite is first formed. Due to the high degree of undercooling, a large amount of Hungarian graphite core will be produced during the eutectic reaction of the remaining liquid in the dendrite gap, and the eutectic reaction will be reported. Finish. Therefore, the crystallized graphite is fine and has obvious dendritic characteristics. Due to the dense distribution of such graphite, it adversely affects the properties of cast iron.
• Type E (dendrite-like) graphite: Its origin is similar to that of D-type dendritic point graphite, except that although graphite is flake-like, its distribution is more directional, which is more unfavorable to its performance.
• Type F (star-shaped) graphite: It is formed under conditions of high degree of subcooling. For example, in the electric furnace smelting, the piston ring castings of single casting are the most common. This kind of castings has a certain degree of wear resistance, which is better than the normal graphite structure.
In addition to considering the above-mentioned graphite shape, the length of the graphite sheet should also be carefully considered when assessing the rating of the stone invitation. Graphite flakes that are too thick will reduce the strength of the casting; if the graphite sheet is too fine, the oil storage rate will be low, and the lubricity will be poor, which will reduce the wear resistance of the casting. Therefore, according to production practice, there are generally regulations on the range of graphite sheet length. For example, generally thick castings allow medium-length graphite (the length of the graphite sheet is about 20 to 45 mm at 100 times), and the graphite length of thin castings can be shorter (less than 20 mm).
﻿