It is expected that the return on investment in the graphite electrode market will increase at an annual growth rate of 8% from 2020 to 2025. These are mainly determined by the increase in steel production in emerging countries and the increase in the use of electric arc furnace steelmaking. The promotion of energy conservation and environmental protection and the promotion of electric arc furnace technology in the Chinese market are expected to become an opportunity for the future market.
As of September 2020, the price of graphite has bottomed out, and the market price will rise slowly. It is recommended that steel mills can stock appropriately. From 2016 to 2019, the price of graphite rose to its peak. Many graphite manufacturers expanded and increased their production capacity, and market investors also entered the market, resulting in an increase in graphite electrode inventories. The price has been falling this year. 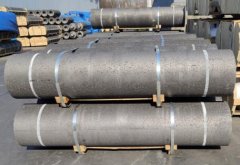